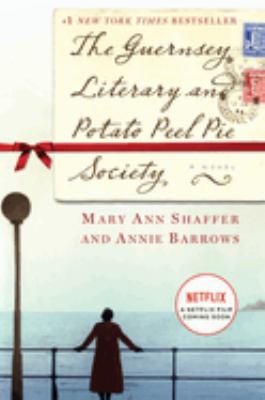 What a charming story written by Mary Ann Shaffer! Written as a series of letters written between the characters, The Guernsey Literary and Potato Peel Society is set in 1944 in London and the island Guernsey at the end of WWII. The characters survived the war under diverse circumstances, creating a story about characters you really care about.

If you enjoy reading about life during WWII here is a list of novels set in during this time period.
Tags:
book club fiction historical fiction
Tweet 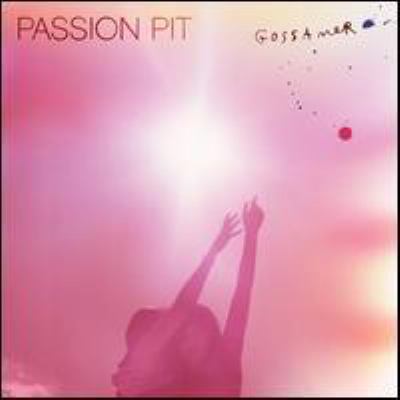 Behind the Beautiful Forevers by Katherine Boo (2012) 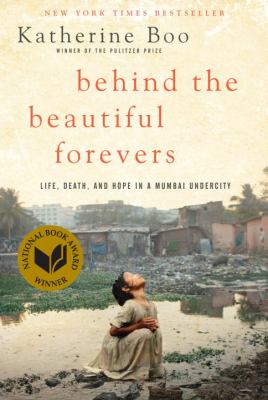 Behind the Beautiful Forevers is a work of nonfiction that reads like a well-researched novel. I was confused by the way readers are privy to the thoughts of the characters until I read the author’s note. I would suggest reading Katherine Boo's note before embarking on this intimate and moving portrait of life in a slum near the Mumbai airport that consists of ragged huts, a sewage lake, and children and adults living their lives. The people we meet are continually striving and/or scheming to better their lives although breaking through to the “overcity,” as the world of Mumbai outside of the slums is called, remains a seemingly impossible task.
Tags:
nonfiction
Tweet 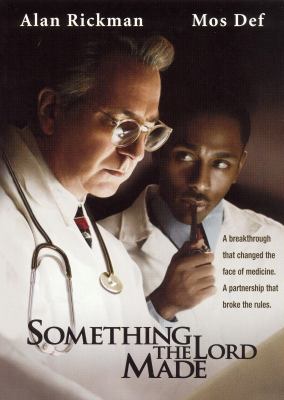 We take so much for granted these days. Heart surgery? In and out in three days. Fifty years ago the heart was the sacred cow of medicine. No one operated on the heart. In Something the Lord Made, we discover the dramatic true story of the evolution of heart surgery. There is not a dull moment as two men collaborate their efforts to save the life of a" blue baby." This groundbreaking operation is where research started.

There is a kicker, one of the men is an eminent white doctor, head of surgery at Johns Hopkins; his talented technician is a black man without any degree. There you have it. Two stories forever intertwined in a single struggle. Anyone who read The Immortal Life of Henrietta Lacks would definitely appreciate this movie. It is a standalone winner in all ways.
Tags:
drama movie Lucille
Tweet 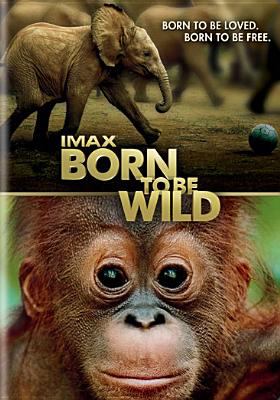 Don't miss this darling 40 minute film about saving baby orangutans and baby elephants. Narrated by Morgan Freeman, Born to be Wild is expertly edited and has a wonderful soundtrack with classic songs by Hank Williams and Mel Torme.
Tags:
documentary nature
Tweet 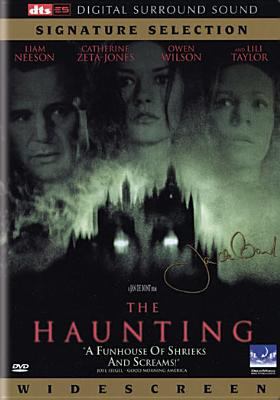 It’s a fun movie. It is scary in the traditional sense, the mansion is spectacularly
creepy, the special effects are wonderful, and there is a mystery to be solved. I have noted there is a lot of criticism of this movie because it is unlike the 1963 film. In the 1963 movie you don't actually see the ghosts and critics of the 1999 film say the 1963 film is better because you have to rely on your imagination. However that is only true if you don't like the way the director of the 1999 film imagined the ghosts andother effects which are much more visual. Others criticized the acting with the exception of Lili Taylor's performance. Taylor gives the best performance, Liam Neeson and Catherine Zeta-Jones are good. I would have to say I would have preferred someone else in the Owen Wilson role, either someone more handsome or more sinister and perhaps even changed the character.

If you have not seen either version, I suggest you see the 1963 film first and then see 1999 film and make up your own mind. (Also if you are squeamish about blood, you may wish to close your eyes or fast forward a few minutes when the piano wires begin to undo themselves.)
Tags:
horror movie Bill
Tweet

Equal of the Sun by Anita Amirrezvani (2012) 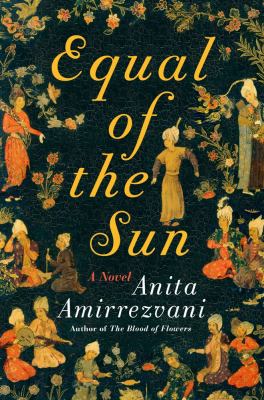 Equal of the Sun is a fascinating tale that will truly transport you to another time and place… an aspect of historical fiction that I especially enjoy. Author Anita Amirrezvani transports us to 16th century Iran for a story which is both political intrigue and a moving portrait.

The novel is based for the most part on the life of Princess Pari Khan Khanoom, who assumes control of late-16th-century Iran after the sudden death of her father, the Shah. Despite the chaos, Pari manages to bring peace to the kingdom with the aid of Javaher, a eunuch and trusted political adviser.

I think you will enjoy reading about the incredible history of the Iranians. Check out our list of other Novels Based on Real People.

For more about the book visit the author’s website. 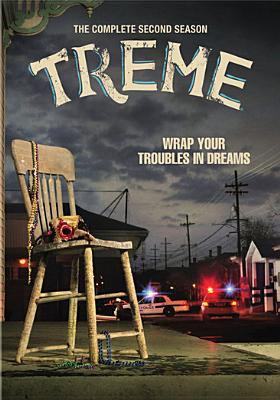 Treme, an HBO series by the team behind The Wire, is a detailed portrait of life in New Orleans, weaving together stories of the music, people, traditions, and recovery of the city, post-Katrina.

Season One begins three months after the hurricane when many residents are still unable to return to their destroyed homes, some people are missing and unaccounted for, and those that are home are struggling emotionally and economically with the aftermath. The city’s rich musical traditions are particularly well-represented and the characters whose lives we follow are a fascinating cross-section of society with their devotion to New Orleans and its traditions the common theme.

Heading Out to Wonderful by Robert Goolrick (2012)

Robert Goolrick, author of A Reliable Wife, just keeps getting better. This Gothic novel, set in a tiny village in Virginia in 1948, reveals the dark obsessive love of the town's strange newcomer for the wife of the town's richest and nastiest man. Off stage, but still caught up in this story, is an eleven-year-old boy, who takes a lifetime to understand what happened.

Goolrick captures the hypocrisy of the town's churchmen and their power over the people. All the characters become entangled in the dilemma. More importantly Goolrick intrigues us with intricate and hypnotic delineation of his characters, making us wonder, "How much control do we really have in our lives?" 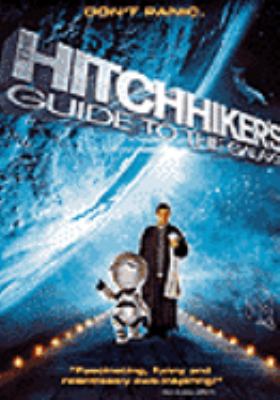 Her Fearful Symmetry by Audrey Niffenegger (2009)

The author of The Time Traveler's Wife goes ghostly this time around. Two generations of identical twins pay a high price for the almost unimaginably intertwined lives they develop while growing up and cling to into adulthood

The story, set largely in London, is full of interesting supporting characters and moves along at a good pace. Niffenegger thanks author Neil Gaiman and her portrayal of various ghostly presences in the story owes quite a bit to his The Graveyard Book.
Read Her Fearful Symmetry by Audrey Niffenegger today.
Tags:
fiction
Tweet

The Luxe really held my interest from beginning to end. The story centers around Elizabeth and Diana Holland during the late 19th century. When financial ruin creeps onto this formerly rich family, things begin to go out of control. Within the first chapter, you find out Elizabeth has died, days before her marriage to wealthy bachelor Henry Shoonmaker, and there are many suspicious suspects.

Read this beautiful novel to find out what happened to Elizabeth Holland, and the intricate love stories she finds herself entangled in. It’s the first book in a series by Anna Godbersen.
Tags:
fiction
Tweet

The Harold Lloyd Comedy Collection, a three volume (six DVD) set, will introduce you to one of the great comics of the silent era. Harold Lloyd was an all-American go-getter with boyish good looks, tousle of dark hair and signature glasses. An eager beaver, he was willing to do anything to make a good impression, get ahead, and win friends.

Whether trying to be popular in college (The Freshman, 1925), impress his girlfriend (Safety Last!, with the famous “hanging on the clock” scene, 1923) or trying to win his father’s favor (The Kid Brother, 1927), Lloyd had more get-up-and-go than a dozen other men.

Check out Silence is Golden for the selection of silent films available at Indian Prairie.
Tags:
comedy movie DebbieW
Tweet

If you're a fan of the minimalist tunes of The White Stripes, Blunderbuss by Jack White will have many tunes to please you. Don't miss the song "Love Interruption."

Although The Reivers stars Steve McQueen as Boon, a foxy hired hand, it is really the story of the boss’s 12-year-old grandson, Lucius. Boon desires to “borrow” his boss’s shiny yellow 1905 “horseless carriage” for a whirlwind jaunt to Memphis to take in the sights, particularly the sights of his girlfriend who lives in a bawdy house. Poor Lucius abandons his principles and joins Boon, along with the stable hand, Ned.

To say Lucius receives a liberal education is the truth. However, even in the middle of mind boggling moments, Lucius keeps his character. There is a spellbinding horse race to crown the adventure. Based on the story of the same name by William Faulkner, The Reivers is worth a watch.
Tags:
comedy movie Lucille
Tweet
13 14 15 16 17 18 19 20 21 22