Suddenly (1954)
Starring Sterling Hayden and Frank Sinatra, Suddenly is set in a small town (also called Suddenly) out west. Sheriff Tod Shaw (Hayden) gets word that the president of the United States is coming into town on the train. John Baron (Sinatra) and his cohorts are planning to assassinate the president. They take over a widow’s house. It’s very tense. I strongly recommend Suddenly – it keeps you on your toes throughout the whole movie.

An interesting side note: Suddenly came out about eight years before The Manchurian Candidate where Frank Sinatra is trying to prevent an assassination.
Tags:
movie suspense Bill
Tweet

The Cheater’s Guide to Baseball by Derek Zumsteg

The Cheater’s Guide to Baseball by Derek Zumsteg (2007)
Find out about the things baseball players and teams do to manipulate the game – some legal and some not. In the Metrodome, the Minnesota Twins have been accused of tweaking with fans in their ventilation system to help their batters hit better. In the 1960s, when the White Sox were awful, they’d freeze baseballs to prevent other teams from hitting the ball far. You can also learn about the antics used in the early days of baseball – like when they’d literally push players off the base and tag them out. The author includes these stories, plus a lot of fascinating others.

Get ready for the start of the 2009 season by learning about what goes on behind the scenes. Also visit the author's blog and read the Hardball Times' interview with the author.
Tags:
nonfiction sports
Tweet

Spotlight: Horton FooteHorton Foote is an Academy Award, Pulitzer Prize and Emmy Award-winning (and Tony Award-nominated) American author and playwright. Perhaps his best known work is his screenplay for To Kill a Mockingbird. Here are two of his other movies that you may enjoy:

Mac Sledge is a down-and-out country singer with his own demons. His ex-wife, Dixie, is now making popular the songs that Mac had written and sung. When he befriends a young widow and her son, the friendship provides the support he needs to find happiness and enables him to find the inspiration to resume his career.

A Trip to Bountiful (1985) PG
Set in 1947 Houston, A Trip to Bountiful is a quiet leisurely paced story that's more character than plot driven. It revolves around Carrie Watt's escape from the three-room Houston apartment she shares with her son Ludie and daughter-in-law Jessie Mae to revisit Bountiful, the small Texas town of her youth, which she still refers to as "home.” After several near-misses, Mrs. Watts makes a successful escape and her last trip home.
Tags:
drama movie spotlight Sally
Tweet

Fred Astaire by Joseph Epstein (2008)
Not a biography, but an exploration of what made Fred Astaire the American icon he is. Through an exploration of his sartorial style, his dance and singing technique, and the way in which he partnered each of his of his different female partners, Epstein makes an assessment of Astaire, the master of American dance. One chapter compares him to that other American master, Gene Kelly. A brief, but charming book for anyone who has either dreamed of dancing like or with Fred Astaire.

The Minotaur by Barbara Vine

The Minotaur by Barbara Vine (2005)
The Minotaur is classic Barbara Vine – an enthralling gothic-creepy tale. It has a 1960s family living in an ancient house with mysterious rooms and neurotic relatives. Set in rural Essex, it is the story of the dysfunctional Cosway family, who are locked in a power struggle. The story is narrated by the young Swedish nurse hired to care for the only son, John who suffers from what we now know as autism. True to her style, Vine tells the story in flashback, which has a dramatic impact.

Preview the book before you visit the library and read a review at Mystery Ink.com.
Tags:
fiction literary fiction suspense/thriller
Tweet

Depraved by Harold Schechter (1994)
An excellent companion to Larson’s Devil in the White City, this book tells the almost unbelievable life story of 19th century serial killer and kidnapper Herman Mudgett, a.k.a. H.H. Holmes. He actually confessed to 27 murders, but some of the victims turned out to still be alive later. Others have placed the number at 200 plus. This book is a fast read, mainly because you won’t be able to put it down. H.H. Holmes America’s First Serial Killer, a documentary film by John Borowski, is based on this book. Get them both.

Learn more about the author and his books at Simon & Schuster.com and read reviews of Depraved at Amazon.com.
Tags:
biography nonfiction true crime
Tweet

The Tenth Gift by Jane Johnson

The Tenth Gift by Jane Johnson (2008)
I was completely enthralled from the first page. Historical mystery based on historical fact. Two intertwining stories of Julia in modern-day Cornwall and Catherine in 17 century Cornwall mix together for an engaging story within a story. The detailed descriptions of the actualities of the Barbary Pirate slave trade and the exotic environment of Morocco then and now leap off the page, allowing you to feel as if you are there. Both women are connected by their gift of embroidery, which plays a key role.

Door in the Floor

Door in the Floor (2004) R
Jeff Bridges and Kim Basinger are a middle aged couple with a young daughter. They have decided to divorce, and for one painful summer as this process takes place, a teenage boy becomes the person used by both to bring a final end to their relationship. Based on the first half of the book A Widow for One Year by John Irving.
Tags:
drama movie DebbieW
Tweet

River Horse: Across America by Boat by William Least Heat-Moon

River Horse: Across America by Boat by William Least Heat-Moon (1999)
Moon takes a 5,000 mile journey by a small 22 ft. boat he put in at the Hudson River in New York. He travels the inland rivers he mapped from travelogues of past river travelers. The many rivers Moon travels are amazing to read about knowing that these rivers were traveled and uncharted until Lewis and Clark and other trappers went west. The travel by Moon and his small crew details the geography and rivers which make it possible to end up at the Pacific Ocean. Good read for people interested in someone traveling the rivers' routes from Atlantic to Pacific in the 21st Century!

Before you visit the library preview the book and read an interview with the author at Powell's.com.
Tags:
nonfiction travel
Tweet

Definitely, Maybe (2008) PG-13
Ryan Reynolds and Abigail Breslin star in this cute chick flick with an unusual bent. Will Hayes (Reynolds) is a soon-to-be divorced dad with a precocious 10-year-old daughter, Maya (Breslin). When Maya starts asking questions about how babies are made, Will distracts her by telling her the story of how he met her mother. He adds an extra twist, though, by changing her name and adding the stories of his two other serious relationships. Maya’s quest is to figure out which woman is her mother. And by the end, Will wonders if he let the right woman go.

The Fountainhead (1948)
Based on the bestselling novel by Ayn Rand, this movie is a classic. It holds up so well. Gary Cooper as the ultimate hero performs with strength and gusto. Providing the romantic interest, Patricia Neal presents a perfect foil to his gritty performance. The final courtroom scene presents a monologue to remember.
Tags:
drama movie Lucille
Tweet

March by Geraldine Brooks (2004)
The father in Louisa May Alcott’s Little Women was a chaplain with the Union troops during the first part of that book. This is his story, a committed abolitionist who joined the war effort as a moral cause.

Listen to an excerpt from the book, visit the author's website, and check out the reading guide.
Tags:
fiction historical fiction DebbieW
Tweet

Undertow by Sydney Bauer (2008)
From start to finish, Bauer hooks the reader with her compelling first novel of political intrigue. Characters, dialogue and plot meld together to produce such a fast pace that you’ll be breathless at the end.

Visit the author's website to learn more about the author and her other books.
Tags:
fiction suspense/thriller
Tweet 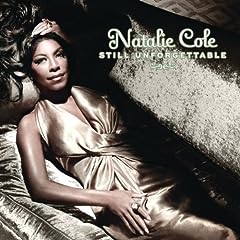 Still Unforgettable by Natalie Cole (2008)
Eight-time Grammy winner Natalie Cole continues her exploration of American pop standards in this sequel to her 1991 Grammy LP of the Year Unforgettable: With Love. I found it to be a nice blend of smooth jazz and big band sounds, but I don't think she needs to do any more duets with her dead father!
Tags:
jazz music pop Sally
Tweet

The Cellist of Sarajevo by Steven Galloway

The Cellist of Sarajevo by Steven Galloway (2008)
It’s a really touching story that makes you feel like you are in Sarajevo during the 1992 siege. You become very closely involved with four individuals and their high points and low points. Expected human nature is sometimes not there. At other times, individuals participate in unimaginable acts of kindness.