Garden of Beasts by Jeffery Deaver

Garden of Beasts by Jeffery Deaver (2004)
An American hit man is hired to go to Berlin during the 1936 Olympics to take out a high ranking Nazi. Check out the author's website for more about the novel, an interview, an excerpt, and more.

Xena, Warrior Princess: Season 3 (1997-1998)
Join Xena and Gabrielle (Lucy Lawless and Renee O’Connor) in this action-packed comedy adventure. Set in Ancient Greece, Xena decides to reform her outlaw ways by wandering the country to fight evil. Learn a bit about Greek mythology. Watch Xena come up with clever solutions by the end of each show.

During season 3, Gabrielle gives birth to a daughter, who ages quickly and soon becomes a source of contention. Follow the drama throughout the season. Also check out the musical episode in season 5 – it's hilarious.

If you like this, you’d also like Buffy – same action packed comedy adventure, but with a vampire slant (and high school kids).
Tags:
adventure comedy fantasy tv show
Tweet 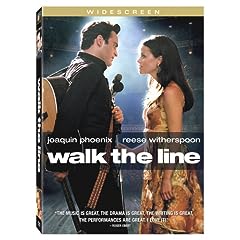 Walk the Line (2006) PG-13
Johnny Cash, his story. Johnny Cash and June Carter, their story. As we follow the life of Johnny Cash, we discover that his life was so entwined with the life of June Carter, you can’t have one without the other (no pun intended). Oscar winner Reese Witherspoon plays the part of June Carter with such conviction that you understand the strength of their love. As they say, this movie really rocks.

And tonight at 10:00 p.m. on PBS, check out the 1969 documentary Johnny Cash: The Man, His World, His Music. Watch him perform with June Carter Cash and Bob Dylan; then go behind the scenes with friends and family. You can also read an interview with Reese Witherspoon, who talks about preparing for Walk the Line and portraying June.
Tags:
drama movie Lucille
Tweet

The Blood of Flowers by Anita Amirrezvani

The Blood of Flowers by Anita Amirrezvani (2007)
In this first novel, author Amirrezvani introduces a Western audience to the people and customs of 17th-century Persia. The narrator, whose name is never revealed, is 14 years old when the story begins with the death of her father. Without means, she and her mother leave their village and go to live with her father’s half-brother in Isfahan. The young girl who has a gift for carpet making discovers in her uncle a mentor who helps her master the art of carpet design.

The Scent of Green Papaya = Mùi du du xanh (1993)
This is a beautiful film set in 1950s Vietnam. It is a simple story of servant girl Mui’s life and love, but its real appeal is the sensuous imagery and elegant camera work that make it a work of art. The film won the Caméra d'Or prize at the 1993 Cannes Film Festival and was shortlisted for the 1993 Academy Award for Best Foreign Language Film.
In Vietnamese with English subtitles.
Tags:
drama foreign movie Sally
Tweet

Snow Flower and the Secret Fan by Lisa See

Snow Flower and the Secret Fan by Lisa See (2005)
This book reveals more about Chinese culture in the 19th century than any book I’ve ever read. As the story unfolds, the friendship of the two main characters, Snow Flower and Lily, reflect the needs of women everywhere. We sigh with empathy for both of these women.

Visit the author's website to learn about the story behind the book, read an excerpt, or view book discussion questions.
Tags:
fiction literary fiction
Tweet

The Jane Austen Book Club (2007) PG-13
Six women and one male newcomer decide to meet once a month to discuss the six novels of Jane Austen. As each month passes, romantic troubles and misunderstandings in the lives of the six friends are replicated in the predicaments of Miss Austen’s heroines.

The Dogs of Bedlam Farm by Jon Katz

The Dogs of Bedlam Farm by Jon Katz (2004)
What an appropriate title! Chaos, disarray, confusion - this book has all that and more. Billed as "an adventure with 16 sheep, 3 dogs, 2 donkeys," I couldn't resist. The Dogs of Bedlam Farm is the story of the author's physical and emotional journey as he relocates from his "urban" life in New Jersey to a sheep farm in upstate New York. The adventures he encounters as he trains his 3 border collies, survives a brutal winter alone on the farm, and comes to terms with who he is as a person are both amusing and heartwarming.
Tags:
animals humor nonfiction
Tweet

Skeletons at the Feast by Chris Bohjalian

Skeletons at the Feast by Chris Bohjalian (2008)
In the waning months of World War II in Europe, the German Emmerich family makes their way across Poland and Germany in an attempt to escape the Russians. On the way they are helped by the mysterious Manfred, a German soldier who has seen too much but seems to belong to no specific army unit. This book has an involving story and characters to care about—but its real strength is its evocation of the brutality and randomness of war.

You: Staying Young by Michael F. Roizen and Mehmet Oz

You: Staying Young by Michael F. Roizen and Mehmet Oz (2007)
Drs. Roizen and Oz review the systems of our aging bodies. Better yet, they provide some “signature” YOU tips to stay young at any age. Quality of life requires a degree of effort. I cannot think of anything more important than keeping my independence. This particular CD flows easily. The authors present their ideas clearly and humorously. This combination works.
Tags:
audio medical nonfiction
Tweet

Set in Amsterdam from 1939 to 1945, the story gives a wonderful history of the life of the people during WWII. Since the story gives the historical account of the painting Girl in Hyacinth Blue from present day to its beginning, you're reading a memoir backwards to find out how the painting came to be in the current owner's home.

Enjoy an easy read while you learn.

Visit the publisher's website for a reading guide and an interview with the author.

The Master of the Delta by Thomas H. Cook

The Master of the Delta by Thomas H. Cook (2008)
Jack Branch is living in the moldering remains of his family’s plantation house. Jack, formerly a teacher at the local high school, relives events from the 1950s when his encouragement of a young boy to write about his father, a local murderer who died in jail, opens up wounds and provokes actions that end in tragedy.

Publisher's Weekly has an article about the author, and both Yahoo! and The Washington Post have reviews.
Tags:
fiction suspense/thriller DebbieW
Tweet

Ahmad Jamal at the Pershing 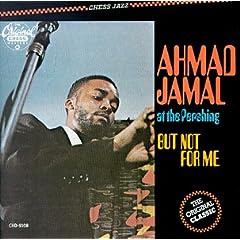 Ahmad Jamal at the Pershing by Ahmad Jamal (1958)
A classic jazz recording by local talent Ahmad Jamal originally released in 1958. "But Not for Me" (George & Ira Gershwin) is a Jamal classic but listen for "Poinciana" (N. Simon, B. Bernier). It is pure genius!

Can't wait to borrow the CD to hear some of this music? Listen to samples at Amazon.com. Check out a biography about the artist or an interview with Jamal at All About Jazz. Read the articles that have appeared in the Chicago Tribune since 2000.
Tags:
jazz music Sally
Tweet
45 46 47 48 49 50 51 52 53 54