The Ballad of Songbirds and Snakes

Suzanne Collins' latest novel is a prequel to her well-known trilogy, The Hunger Games, which were also made into feature films. Not having read the books in some time, I started Hunger Games #0 without any expectations, simply following along with the story and characters and trying to piece everything together with the original trilogy.

While I feel that The Ballad of Songbirds and Snakes (2020) is not necessary in the grand scheme of things, Part 3 and the epilogue do provide a few big revelations to explain what transpires over the 60-year period before Katniss Everdeen finds herself wrapped up in the 74th Annual Hunger Games in Book #1: The Hunger Games (2008).

Read the ebook or listen to the audiobook on Overdrive. The audiobook is also available to check out today on Hoopla. 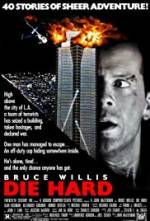 John McClane (Bruce Willis), currently separated from his wife, is an NYPD cop invited to her company Christmas party in a Los Angeles skyscraper. When terrorists seize the building and a group of hostages, McClane is their only chance of escape. Die Hard (1988, R) sets the standard for action/hostage movies and catapulted Willis into becoming an action hero movie megastar. Also starring Alan Rickman as his nemesis. Get the "Die Hard Collection" binge box to watch the entire series. It is also featured in the "Christmas Gone Wrong" binge box.

Key & Peele is a sketch comedy show starring—you guessed it—Key and Peele (aka Keegan-Michael Key and Jordan Peele), two comedic geniuses who combined their talents to create a memorable show. Their sketches range from relationships, to wacky characters, and they even sometime tackle systematic racism from everyday life. The episodes usually contain several sketches. If a comparison could be made, it is similar to the Chapelle Show in style. Both comedians featured are very funny. Key & Peele (2012, TV-14) is worth a look if you want to look at society from an exaggerated point of view.

In true LEGO fashion, the LEGO Star Wars Holiday Special (2020, TV-G) combines adventure, humor, and fun for kids and adults alike. Star Wars fans will appreciate the time hops between all of the franchise's major moments. We go on this "Life Day" journey with Rey and BB-8 to learn from some of the best and most powerful Jedi masters and meet lots of other favorite characters along the way. With nods to the live-action Star Wars Holiday Special (1978), life-long followers will have some extra Easter Eggs to look forward to.

Check out the LEGO Star Wars Holiday Special on one of our Rokus with Disney+.

When you're in the mood for a fun, quirky adventure, pick up Tuesday Mooney Talks to Ghosts (2019). After eccentric billionaire Vincent Price dies, he invites the residents of Boston to go on a scavenger hunt to inherit his fortune. Tuesday Mooney is a loner, researcher, and reluctant socializer. She has secrets (who doesn't?) and soon becomes engaged in the quest to solve the puzzle.

With old and new acquaintances, Tuesday embarks on the journey of a lifetime. With wit, mystery, intrigue, and adventure, Tuesday Mooney Talks to Ghosts is a great readalike for fans of Ready Player One and Mr. Penumbra's 24-Hour Bookstore.

Read Kate Racculia's latest instantly on Overdrive or Hoopla. This witty novel is also a great listen—check out the audiobook today.

I highly recommend the movie, The Great Alaskan Race (2019, rated PG). It is the heroic true story of a race against time during an arctic blizzard. In 1925, there was a diphtheria epidemic that made all the children of Nome, Alaska, deathly ill. The town desperately needed the anti-toxin serum to stop this epidemic. This is the story of the Serum Run.

Twenty brave mushers and 150 courageous dogs traveled 700 miles through -80 temperatures to bring the serum back to Nome to save the children. What should have taken 25 days to travel by dogsled was done in a record of 5.5 days by these heroic mushers and dogs. This proved that anything was possible with hope and courage. The Iditarod Race is done in remembrance of the 1925 Serum Run.

Watch The Great Alaskan Race on Hoopla today or check out the Dvd.

In May 1945, a plane took off from an American military base on the perimeter of Netherlands New Guinea en route to buzz the interior. Recently, they had discovered a civilization lost to time that had not had contact with the outside world in thousands of years. To boost morale, one of the officer's greenlighted this sightseeing tour, loaded up the plane with curious personnel, and embarked. Unfortunately, after dipping low into a valley, the plane failed to climb over the next ridge and crashed. Only two men and a woman survived. Injured and surrounded by unfriendly natives, they were stranded. This is the true-life story of the daring rescue mission to extract them from the land that time forgot.

Check out Lost in Shangri-La: A True Story of Survival, Adventure, and the Most Incredible Rescue Mission of World War II (2011) by Mitchell Zuckoff today. Find the ebook and audiobook on Overdrive. Also browse of list of True Adventure titles.

"Houston, we have a problem." In April 1970, three astronauts were headed for the moon when an oxygen tank exploded, affecting life support and propulsion. With an all-star cast, Apollo 13 (1995, PG) puts you right there in the lunar module as well as in the room at Houston flight control as the engineers work frantically to bring these men home alive. Apollo 13 was directed by Ron Howard and stars Tom Hanks, Ed Harris, Kevin Bacon, Bill Paxton, and Gary Sinise.

Fans of Apollo 13 may also enjoy The Martian with Matt Damon. Apollo 13 is available as a DVD as a part of the Binge Box called "Never Travel with Tom Hanks," which includes three other movies: Cast Away, Captain Phillips, and Sully.

In the year 2045, the real world is so dismal that everyone escapes by spending as much time as possible in a virtual reality universe known as the OASIS. When the creator of this universe dies, he bequeaths his vast fortune and rights to the OASIS to the first person who can find three eggs hidden in the game itself. In order to find these eggs, the gunters (short for "egg hunters") must learn everything they can about 1980s pop culture, especially about how to play the video games of the time.

Wade Watts, an indigent teen living in a stacked trailer park, is determined to be the winner of the contest. Standing in his way is IOI, Innovative Online Industries, a corrupt corporation that will stop at nothing to take control of the OASIS. This sci-fi thriller is exciting right until the end, and especially appealing to anyone who grew up in the 1980s.

Borrow Ready Player One (2011) instantly on Overdrive—both the ebook and audiobook are available.

A fantasy series full of magic, horror, wit, and fabulous costumes, The Magicians (2015-2020) is like Harry Potter for grown-ups. Based on the books by Lev Grossman, who borrows from other popular fantasy stories (most notably the Narnia series), this TV show revolves around a group of young people who are tested for their magical ability and offered places in Brakebills, an academy for magicians.

Adventure abounds as they discover and hone their magical skills, missteps and disasters just adding to their education. Add to this the possibility of travel to other worlds and a mysterious beast targeting the school, and you have an exciting, action filled show.

Please note that this is for adult audiences (rated TV-14)

Regular Show (2009-2017) is anything but regular. It follows two best friends a blue jay, Mordecai, and a raccoon, Rigby, who work as groundskeepers at a park together. They work at the park, but they spend most of their time trying to get out of work or slacking off whenever they can at the behest of their boss, a gumball machine named Benson. Their antics usually lead to some aspect of the park getting destroyed, leaving them to clean up the mess afterwards.

While it is unusual for a kids show to feature mainly adults, it helps with the charm of the show because they have many nods to adult items and drinks being switched for more family friendly ones. The adventures they go on are fun and the dialogue and characters are enjoyable. Look at Regular Show if you are looking for a more mature but silly animated show.

Kate is a tough, smart, and determined FBI Special Agent on the hunt for the elusive Nick, an international thief and charming con man. She finally catches him, but he talks her FBI boss into letting him work for them. And he's to be Kate's partner on her next mission: stopping a crooked banker on a private island.

Fighting bodyguards, pirates, and each other, the action is pretty farfetched, but it's so much fun you won't mind. This is fiction after all.

The Heist (2013) is a fast-paced and entertaining adventure, but it's the fun kind, not the gripping white knuckle kind. The flirty sexual tension between Kate and Nick help keep this story light.

The Heist is the first book in the Kate O'Hare and Nicholas Fox series written by Janet Evanovich and Lee Goldberg.

Narrator Scott Brick is a solid storyteller and a pleasure to listen to—visit Overdrive to listen to the audiobook or read the ebook today. 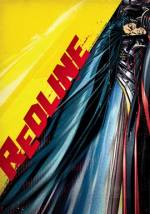 This film is a high-octane thrill ride from start to finish, featuring the fastest racers in the universe as they compete in the most dangerous car race, Redline. JP is one of the daredevil racers chosen to take part in this no holds barred race where anything goes. Does he have what it takes to get to the finish line with his trusty muscle car and fantastic pompadour hairstyle?

Even if you are not typically a fan of racing movies, Redline (2009) is a must see for the animation alone. It took 7 years of production to get this quality and it shines through every aspect in the movie. Watch Redline on Hoopla today.

How Much of These Hills Is Gold

It's hard to sum up this book in a few words: it's historical fiction, a western adventure, immigrant voices, coming of age, and so much more. How Much of These Hills Is Gold (2020) centers around Lucy and Sam, two recently orphaned Chinese-American children on the run from a Californian mining town with a stolen horse. They journey through the harsh landscape in search of a place to call home, but the siblings find it difficult to agree on anything, let alone their destination.

C Pam Zhang adds Chinese myths and traditions to the story and expertly paints readers a picture of the Wild West in its dark and gritty glory. How Much of These Hills Is Gold gives us a fictionalized history of the Gold Rush era from an immigrant perspective and will have you pondering questions about home, belonging, and identity.

Read the ebook via Overdrive today.

In Avatar: The Last Airbender the world is filled with war and chaos as the Fire Nation tries to continue its conquest of the Earth and Water Nations. The main tool for war are benders who control the various elements of fire, water, earth and air, and only the avatar can use all of them, but he is missing. The story follows Katara and Sokka from the Southern Water tribe who find Aang, a young airbender who is also the avatar, trapped in an iceberg. Aang needs to learn to master all the elements so he can stop the Fire Nation and restore order to the world.

Avatar: The Last Airbender (2005-2008) is a great animated series for all ages. There is something for everyone in the story, with fun memorable characters and fantastic fight scenes. Binge watch season 1 (2005-2006) on Hoopla today or check out seasons 1 - 3 on dvd. You can also read the comics!

And check back soon for my review of the sequel, The Legend of Korra.