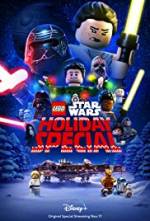 In true LEGO fashion, the LEGO Star Wars Holiday Special (2020, TV-G) combines adventure, humor, and fun for kids and adults alike. Star Wars fans will appreciate the time hops between all of the franchise's major moments. We go on this "Life Day" journey with Rey and BB-8 to learn from some of the best and most powerful Jedi masters and meet lots of other favorite characters along the way. With nods to the live-action Star Wars Holiday Special (1978), life-long followers will have some extra Easter Eggs to look forward to.

Check out the LEGO Star Wars Holiday Special on one of our Rokus with Disney+.

This is a long book, over 30 hours, but worth every minute. It's the story of Jake Epping. His friend Al has found a time portal to September 9th, 1958. Al has been using it to try to prevent the Kennedy assassination. But now Al is dying. He shows the portal to Jake and convinces him to take over the project. What could possibly go wrong?

Plenty. The portal has rules. First, while everyone else is whatever age they were in 1958, Jake is still aging normally. Second, the past doesn't want to be changed. The bigger the change, the bigger the resistance to change. Third, every trip through the portal erases any changes made during previous trips. Jake has to start from scratch each time he enters the portal.

Stephen King did a great job researching Lee Harvey Oswald. Jake has to be sure he's got the right man.And then there's Sadie.

In the year 2045, the real world is so dismal that everyone escapes by spending as much time as possible in a virtual reality universe known as the OASIS. When the creator of this universe dies, he bequeaths his vast fortune and rights to the OASIS to the first person who can find three eggs hidden in the game itself. In order to find these eggs, the gunters (short for "egg hunters") must learn everything they can about 1980s pop culture, especially about how to play the video games of the time.

Wade Watts, an indigent teen living in a stacked trailer park, is determined to be the winner of the contest. Standing in his way is IOI, Innovative Online Industries, a corrupt corporation that will stop at nothing to take control of the OASIS. This sci-fi thriller is exciting right until the end, and especially appealing to anyone who grew up in the 1980s.

Borrow Ready Player One (2011) instantly on Overdrive—both the ebook and audiobook are available. 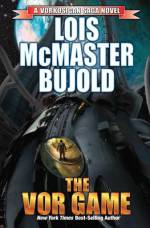 Miles Vorkosigan is a military cadet about to be stationed to his first assignment. His father is a famous general and has a long list of accomplishments. Miles isn't so lucky; at first look, he is seen as a failure by his peers due to the physical abnormality he was born with. He must work harder, think harder, and be better to get the recognition he feels he deserves.

The world in The Vor Game (1990) by Lois McMaster Bujold is an expansive one with a rich history and backstory around it. Miles is very sarcastic but endearing in what he wants and expects from others. If you are looking for a great series that has an interesting main character and world, then this is a good option to explore.

Listen to the book on Hoopla today. 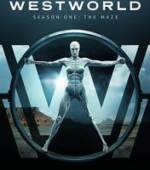 This series was so well done. Set in the future, Westworld (2016-) explores a theme park inhabited by artificial hosts and the wealthy humans who vacation there. Visitors are allowed to live out their fantasies, whether good or evil. The park indulges every wish, all with no consequences, with the motto being "Live without Limits." That is, of course, until the hosts start to deviate from their expected parameters.

In my opinion, Evan Rachel Wood and Thandie Newton steal the show from an all-star cast, including Anthony Hopkins. These two powerful actresses show such a deep scope of emotions as they slowly come to the realization of what they were created for.

3rd Rock from the Sun 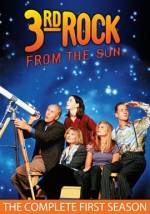 When you are looking for binge-able TV to occupy your time, don't overlook the oldies but goodies, like 3rd Rock from the Sun (1996-2001, rated TV-PG). Enjoy the familiar, though much younger, faces of John Lithgow and Joseph Gordon-Levitt in this sitcom about a group of aliens on a mission to study human behavior by posing as a not-quite average family stationed in the fictional city of Rutherford, Ohio.

Hilarious antics ensue as the foursome navigate how to act like a family unit, form romantic relationships, and establish a sense of self in their unfamiliar bodies.

Stream all six seasons on Hoopla or place holds on the dvds!

If you enjoy science fiction, you should check out the 2014 Nebula Award winner Annihilation. It's the first book in the Southern Reach Trilogy by Jeff VanderMeer. Four women; a biologist, an anthropologist, a surveyor, and a psychologist, enter a quarantined area known as Area X. They make up the twelfth expedition tasked with researching and mapping the terrain. Little information has been gathered from previous expeditions because they have all ended in untimely mysterious circumstances. The story is told through the biologist's point of view as she writes down the group's findings in a field journal.


You may be familiar with the 2018 film adaptation directed by Alex Garland and starring Natalie Portman which I also highly recommend, but there are many differences between the book and the movie.


Check out Annihilation today – available as an eBook and eAudiobook through Overdrive.

Having read and enjoyed Mr. Mercedes, the first novel in a trilogy by Stephen King,  I was curious to see how another of Stephen King's books was adapted into a TV series.

The story begins as a madman in a stolen Mercedes plows into a crowd of job seekers, killing eight people and injuring many others.  Several months later, we meet Bill Hodges, a now retired cop turned private detective whose life is deteriorating as he is haunted by the unsolved case of the Mercedes killer.  We then meet the psychopathic killer who starts tormenting Bill with letters and emails, taunting him with the promise of another evil act violence.  Only Bill and two new, unusual allies can stop the killer before he strikes again.

The casting of the series is great, led by Brendan Gleeson as Bill.  I thought Mr. Mercedes season 1 (2017, rated TV-M) was entertaining and thrilling.  I followed it by watching Season 2 which was the story of the third book, End of Watch.  I am eagerly awaiting the release of season 3, an adaptation of the story in book 2, Finders Keepers.

Stephen King fans can follow one of the characters introduced in this series, Holly Gibney, in the excellent adaption of King's novel, The Outsider, recently released on HBO.

Get started by watching season 1 of Mr. Mercedes on Hoopla today. 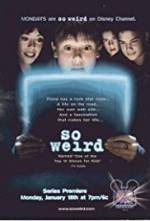 ​I have been finding that Disney+ is a great way to relive favorite shows of your childhood.  My latest binge was So Weird (TV-Y7), about Fiona, a teenager, on the road with a band for which her mom (Mackenzie Phillips) is the lead singer.  Fiona is drawn to everything strange and unusual, which she constantly stumbles upon, revealing more and more about her father's unexplained car accident when she was a baby.

While revolving around many supernatural occurrences, older kids and their families can enjoy this family adventure/mystery series together.  So Weird originally aired on The Disney Channel in the late 90s, but you can now stream the entire series on Disney+ via the library's Family Roku devices.

Are You Scared, Darth Vader? 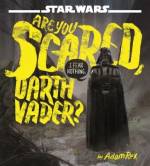 Fellow parents and Star Wars fans, this is sure to please! Adam Rex writes this book in a conversational style, so I highly encourage reading in your best Darth Vader voice for an extra fun experience. Parents (and Star Wars buff kiddos) will appreciate nods to the movies and characters throughout.

All in all, Are You Scared, Darth Vader? (2019) is a hilarious book with a special twist ending. So, are you ready to find out if there is actually something frightening enough to scare Darth Vader?

Check out this book in print or digitally via Hoopla.

Miles Morales, a New York teen just starting out at a new school finds himself bitten by (yes) a radioactive spider...but this isn't your typical Spider-Man origin story.  From there the Spider-verses collide and an eclectic cast of characters comes together from multiple realities.  Readers of the comics will definitely appreciate this merge, but all can enjoy the superhero action and sparks of humor we are used to throughout most of the Marvel Universe.  So join Miles as he learns to have confidence in himself and figures out his Spidey senses to save not only his dimension but also everyone else's!

Spider-Man: Into the Spider-Verse won the Academy Award for Best Animated Feature Film.  Did you miss Jez's review of this Oscar winner? Check it out!

​Set in the future, Edge of Tomorrow is an action-packed movie about humankind fighting off an invasion of seemingly invincible aliens.  After upsetting his superior officers, Major William Cage (Tom Cruise) is sent on a suicide mission.  Having no combat experience whatsoever, Cage dies within minutes of stepping foot on the battlefield.  His death triggers a time-loop, and he is sent back to the previous morning to relive his last day and his death over and over again.  Each day and death him new skills, and he eventually becomes a skilled warrior who realizes that to stop the time loops, he must defeat the invincible enemy.

This movie surprised me.  I went in thinking it would be just another action movie that I'd forget in two weeks.  I ended up discovering a movie that I have enjoyed watching again and again.  The witty humor and relationship between William Cage and Rita (Emily Blunt) fit perfectly against the background of intense battle scenes and horrifying aliens. After Groundhog Day, I hadn't found a movie that could pull off the time-loop cliché but this movie does a great job of executing it without making the story seem predictable or cheap.

Big Hero 6 is a superhero movie that adults would enjoy watching with the whole family.  The plot revolves around orphans Hiro and Tadashi, technological whiz kids living with their aunt.  College-age Tadashi created an inflatable robot named Baymax, whose purpose is to act as a portable paramedic/doctor. When someone steals younger brother Hiro’s invention to use for evil, Hiro gives Baymax a few superhero upgrades.  Also, check out our list, Great Movies: Kid Movies for Adults.

Neo (Keanu Reeves) is a computer hacker with a somewhat ordinary life…but all is not as it seems.  When government agents suddenly show up at his work looking for him, Neo is forced to enlist the aid of a mysterious man named Morpheus (Laurence Fishburne), who promises to reveal the true nature of reality—the Matrix.  Should Neo join Morpheus’s secret group?  The Matrix is full of amazing visual effects with a mind-blowing plot that will keep you on the edge of your seat right ‘til the end.
Tags:
adventure movie sci-fi
Tweet

Imagine an extremely dark, adult world where Harry Potter meets Narnia, and you'll pretty much have The Magicians. Based on Lev Grossman's book series of the same name, follow a handful of young adults at a magical graduate school of sorts hidden in upstate New York. Their story is not for the faint of heart! In between classes, homework, and bizarre magical field trips, Quentin and his friends learn the fantasy world of a childhood book series is real, along with a bloodthirsty beast who has it in for not only them, but also the rest of humanity.

Watch Season 1 of The Magicians on DVD or borrow a Roku to stream it via Netflix.