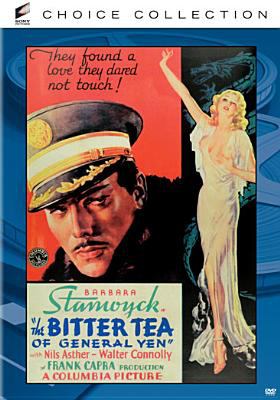 Wide-eyed American Megan Davis (Barbara Stanwyck) arrives in Shanghai to marry her missionary fiance. But China is in the grip of civil war and warring warlords. In an effort to rescue girls from a missionary school, Megan is caught in the maelstrom of a street uprising. When she awakens from a blow, she finds herself the "guest" of warlord General Yen (played by Swedish actor Nils Asther).

What follows is a strange dreamlike story as Megan fights her growing attraction to General Yen and realizes her American values and experiences make her completely unprepared for the realities of China. The Bitter Tea of General Yen was directed by Frank Capra before he became known for comedies such as It Happened One Night.
Tweet
Tags:
drama movie DebbieW
×
Stay Informed

Murder on the Orient Express