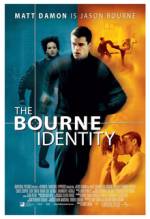 A man is pulled from the ocean by a fishing boat. He is riddled with bullet holes but somehow still alive. He has no recollection of who he is or what he was doing, yet he has advanced combat skills and can speak several languages. A laser projector found with him gives the only clue: a safe deposit box number in Zurich. After he goes to the bank to retrieve the contents of the box, very dangerous people begin trying to kill him, and he expertly evades them. Can he remember who he is before it is too late?

The Bourne Identity (2002, PG-13) is the first action-packed movie in the Bourne series starring Matt Damon (and based on the novel of the same name by Robert Ludlum). Watch the entire series by checking out "The Bourne Series" binge box, which includes The Bourne Supremacy, The Bourne Ultimatum, The Bourne Legacy, and Jason Bourne.

Guards! Guards!: A Novel of Discworld