Clive Owen and Juliette Binoche play an art teacher (Binoche) and an English teacher (Owen) who work at a Maine prep school.

They both are battling their own demons when they meet. They soon begin an open debate whether words or pictures have the greater power. It is the battle of right brain versus left brain dominance. The war between the teachers becomes a school-wide event.

Words and Pictures is a unique movie. Owen and Binoche are wonderfully matched in a Hepburn/Tracy kind of relationship. This is a movie not to be missed. It is intelligent, witty, and presents a “no frills” relationship between two adults.

A beautifully given performance by Sally Field as the dying mother of four young adults who return home to be at her bedside to witness her death that stretches out to a two week agony. Two Weeks is not an easy film to watch, but the message of family coming together at one of the most difficult times in their lives is powerful. I enjoyed the treatment of things like hospice care, calls to the funeral home, sorting of possessions, final goodbyes – all those acts that need to be completed at such an emotional time. Part of life, part of death, something we all as humans will deal with.

Al Di Meola is the acclaimed American jazz fusion and Latin guitarist, composer, and producer. His latest release, All Your Life, is his tribute to the music of the Beatles. If you enjoy acoustic guitar and have loved the Beatles music, this album is a sure hit.

This is the story of the healing power of music. It has the power to unlock long forgotten memories and feelings no matter what age. Great actors: Terence Stamp plays Arthur, the curmudgeon husband, and Vanessa Redgrave plays his ailing goodhearted wife, Marion. They have one son who mother cherishes and father disdains. Marion sings in the local senior choral group lead by Elizabeth (Gemma Arterton). They decide to enter a local contest singing their favorite heavy metal tunes. The crowd loves them and they go onto further competition.

But the touching part of Unfinished Song is the relationship between Arthur and his wife. How we live every day is what counts is the message here. Have your Kleenex ready. 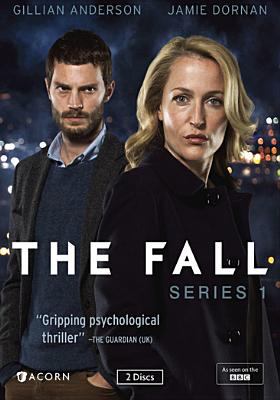 To delve into the mind or psyche of a serial killer is gruesome. The TV series The Fall follows a serial killer/husband/father who has targeted his next victim in Belfast. The show is riveting. Gillian Anderson is superb as the British detective summoned to Belfast to solve a high profile murder. She concludes that there is serial killer on the loose.

The show follows the hunter and the hunted: she, on his trail, trying to anticipate his next move; he, trying not to get caught, but wanting to satisfy his desires. Not to be missed.

Bruce Willis is Frank Moses, a retired black-ops CIA agent living in Cleveland. Frank is lonely and often calls customer service agent Sarah Ross (Mary-Louise Parker) who works in the GSA pension office. He deliberately tears up his pension checks so he has an excuse to call her to say his checks never arrived.

One night a hit squad raids his house and tries to eliminate him. Knowing the assassins tapped his phone, he goes to save Sarah, who doesn’t want to go with him. He binds and gags her with duct tape and takes her with him while he tries to find out who is after them.

Red provides a lot of action and laughs and a happy ending starring Willis, Helen Mirren, and Morgan Freeman among others. And if you enjoy this film, you’ll be excited to know that the sequel hits theaters next week!

This very powerful movie tells the story of four Irish girls who were sent to the Magdalene Asylums for various reasons. Some were pregnant, some too beautiful, some mentally ill, others just not wanted by their families. The asylum ran a laundry and the girls were virtual prisoners and slaves. There were many young women who never left the institution but spent the entire lives behind the walls. The Magdalene Sisters is a very moving look at Irish history and the Catholic Church.

This bittersweet love story is based on the Edna O’Brien novel, The Lonely Girl. A sweet naïve Irish farm girl captures the heart of a middle aged man and falls into a doomed love affair. Girl with Green Eyes was shot on location in Dublin and Wicklow.

Check out the TCM article on the film.

Based on the book The Mammy by Brendan O’Carroll, Agnes Browne features Agnes, a young widow with seven children living in Dublin in 1967 trying to make ends meet. She borrows money from the loan shark just to get by. Her best friend Marion provides confidence and companionship and more moral support.

Agnes has a dream to escape her dreary life just a short while by going to see Tom Jones in concert. She realizes her dream by accepting a date with the French baker in her neighborhood. Her kids pool their money to send her in style. It is a lovely warmhearted movie that will keep you laughing. The movie was filmed in Dublin.