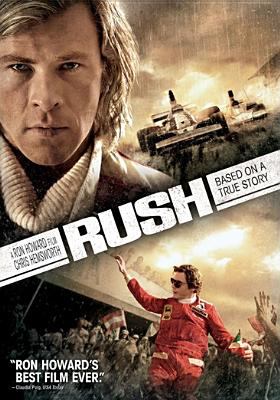 This exciting and thrilling movie follows self-destructive playboy British auto racer James Hunt (Chris Hemsworth) and serious Austrian auto racer Niki Lauda (Daniel Bruhl), competing in the 1970s to become the Formula 1 champion. There is intense rivalry between the two drivers, and the race scenes had me on the edge of my seat.

Rush is based on a true story and is directed by the renowned Ron Howard. Check out an interview with Lauda.

Other auto racing movies you might want to check out are Grand Prix and Le Mans.